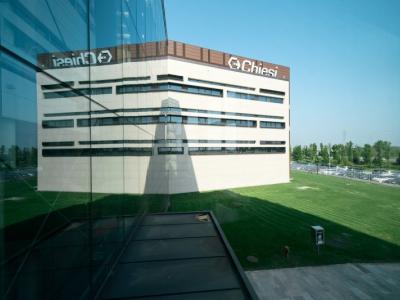 Parma, Italy, July 24 2017 Chiesi Group (Chiesi), an international research-focussed healthcare company, today announced that the European Commission has granted the marketing authorisation for Trimbow® for the maintenance treatment in adult patients with moderate to severe chronic obstructive pulmonary disease (COPD) who are not adequately treated by a combination of an inhaled corticosteroid and a long-acting beta2-agonist (for effects on symptoms control and prevention of exacerbations see section 5.1 of the Trimbow Summary of Product Characteristics). As a result, Trimbow is now approved for use in the 31 European countries covered by the European Medicines Agency (EMA), including the UK.

“The marketing authorisation of Trimbow in the EU is a significant treatment advance for COPD patients and reinforces the Chiesi Group’s leadership in the respiratory arena.” comments Alessandro Chiesi, Region Europe Head, Chiesi Group. “Trimbow is the first approved fixed triple combination therapy in a single inhaler for the treatment of COPD. The use of one inhaler should simplify the intake of the therapy and therefore may improve adherence. We aim to make this treatment available to patients in Europe as soon as possible.”

Two of the 12 clinical studies on Trimbow involving over 7000 patients, were recently published in The Lancet — one of the most prestigious international medical journals:

For the EU Summary of Product Characteristics for Trimbow, please visit http://ec.europa.eu/health/documents/community-register/html/newproc.htm

In the UK, the National Institute for Health and Care Excellence (NICE) currently recommends triple therapy (the combination of an ICS/LABA and LAMA in two separate inhalers) in “patients who remain breathless or have exacerbations despite taking ICS/LABA, irrespective of FEV1”.[3] The GOLD report (2017) states that “triple inhaled therapy improves lung function, symptoms and health status and reduces exacerbations compared with ICS/LABA”.[4]

COPD is a respiratory disease characterised by a persistent bronchial obstruction, associated with an increased chronic inflammatory response of the airways to noxious particles or gas. The classic symptoms associated with COPD are dyspnoea, chronic cough and chronic productive sputum. In some cases, an acute worsening of the above-mentioned symptoms may occur, triggering an exacerbation. A double mechanism is at work in the bronchial obstruction in COPD patients. The first is inflammation of the small airways together with the thickening of the airways walls and increased airflow resistance may occur, the second is a progressive destruction of lung parenchyma (emphysema) associated with the loss of elastic retraction of the lung. It is important to underline that both mechanisms may coexist, leading to a significant airflow reduction throughout the lungs. There are an estimated 1.2 million people in the UK diagnosed with COPD, and numbers are rising.[5] It is one of the three leading causes of respiratory mortality in the UK, leading to just under 30,000 deaths per year.5

Trimbow is the first licensed extrafine 3-in-1 inhaler containing inhaled corticosteroid (ICS) / long-acting β2-agonist (LABA) / long-acting muscarinic antagonist (LAMA) that contains beclometasone dipropionate (BDP), formoterol fumarate (FF) and glycopyrronium bromide (GB). Trimbow will be available as pMDI (pressurised metered-dose inhaler) to be marketed with an approved indication for maintenance treatment in adult patients with moderate to severe chronic obstructive pulmonary disease (COPD) who are not adequately treated by a combination of an inhaled corticosteroid and a long-acting beta2-agonist. Each Trimbow 87/5/9 pMDI delivered dose contains 87micrograms (mcg) of BDP, 5mcg of formoterol and 9mcg of glycopyrronium. This is equivalent to a metered dose of 100mcg BDP, 6mcg formoterol and 10mcg glycopyrronium.

Based in Parma, Italy, Chiesi Farmaceutici is an international research-focused Healthcare Group, with over 80 years of experience in the pharmaceutical industry, present in 26 countries. Chiesi researches, develops and markets innovative drugs in the respiratory therapeutics, specialist medicine and rare disease areas. Its R&D organisation is headquartered in Parma (Italy), and integrated with 6 other key R&D groups in France, the USA, the UK, Sweden and Denmark to advance Chiesi's pre-clinical, clinical and registration programmes. Chiesi employs nearly 5,000 people.